How Rodd Hotels & Resorts enhanced team synergy across its properties 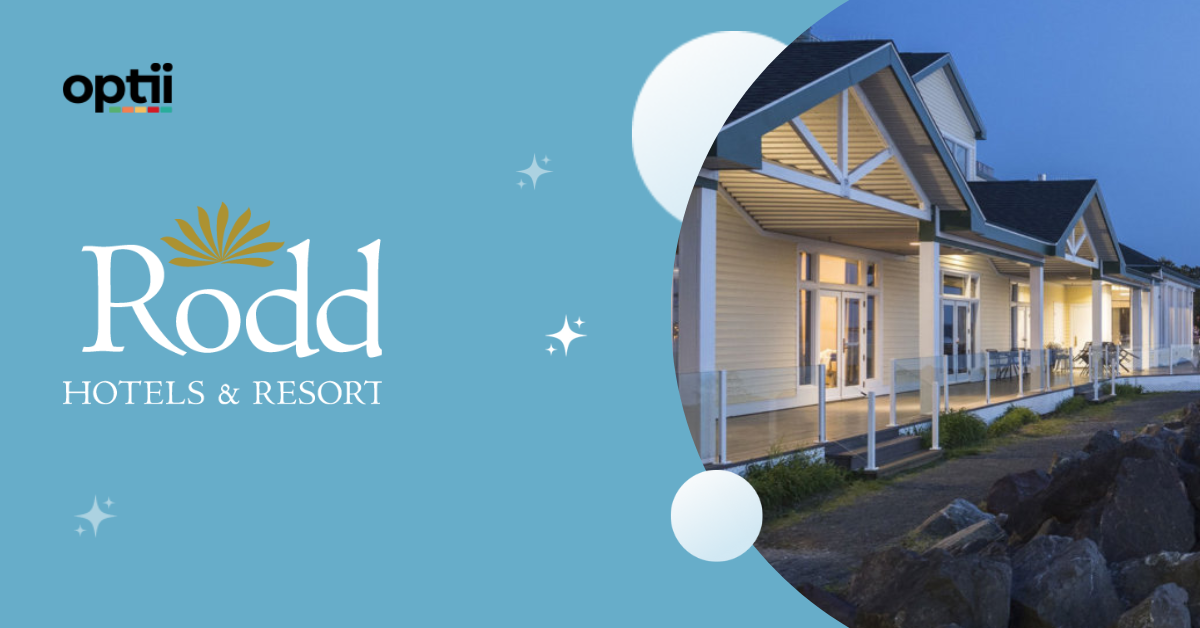 Saying goodbye to pen and paper

The Covid-19 pandemic has had a lasting effect on the hospitality industry. With room rates skyrocketing and travel experiences being more important and meaningful for people in today’s economy, guest expectations have also increased. Meaning, it is imperative that hotels deliver a good guest experience to increase loyalty and brand reputation.

For Rodd Hotels, demand has been back to pre-pandemic levels during the busy summer months, with occupancy at 95%. However, outside of the season, the occupancy levels fluctuate, which can make it difficult to plan and prepare team numbers appropriately. Rodd also faces an additional challenge as many of the employees are seasonal workers who need to be trained and onboarded every year which is time and labor-intensive for the managers.

"We are reliant on seasonal workers, so onboarding staff during busy months is an absolute priority."

Before adopting Optii, Rodd Hotels’ operations were driven by pen and paper. With several large multi-property hotels in Rodds Hotels’ portfolio, managers often had to run around to coordinate between the front desk and housekeeping staff, which is not only tiring, but a loss of valuable time that could be used more effectively elsewhere. Managers also lacked visibility over the location of housekeeping staff which made it difficult to assign tasks and give feedback to new housekeepers.

Enhancing visibility across the property

After introducing Optii’s innovative technology, Rodd Hotels saw team productivity increase and its inter-departmental communications improve. Managers drastically reduced time to prepare housekeeping schedules every morning to a fraction of the time it used to take, because it was all automated – freeing up their time for other important tasks. Additionally, managers were quickly informed when rooms were ready for inspection which meant rooms could be turned around quickly, allowing guests to access their rooms as soon as possible.

"Before using Optii, it would be really frustrating to have to run around the hotel to find the right staff, now I can see where everyone is at all times through the app."

Housekeepers were also able to save time walking between rooms because Optii maps out the fastest route within Rodd’s hotels. This means rooms could be ready for guests faster, without compromising the quality of cleaning. When the technology was initially launched, Rodd Hotels budgeted for each room clean to take 45 minutes, but the actual figure came to just 30 minutes, allowing rooms to be turned faster and get guests in the room earlier.

Liz Weeks, Executive Housekeeper Quality Assurance Manager at Rodd Hotels & Resorts: “Optii has provided us with so much more information than we ever had before that means we can monitor housekeeping progress across the hotel. One of the features I found most useful is the ability to track room inventories so that I know rooms may be missing items so it can be dealt with in advance of guests' arrivals. We’re already seeing the impact of increased guest expectations as people traveled after the pandemic, and this is only going to increase so it is vital that we’re able to improve the overall experience by being an effective and productive team.

“The ability to track not only room turnaround times but also the teams move around time has been great. This is often a metric that is forgotten but can be so important. Before using Optii, it would be really frustrating to have to run around the hotel to find the right staff, now I can see where everyone is at all times through the app. For me, Optii is the best thing since sliced bread and I can’t imagine going back to paper!”

Using technology to plan ahead

Bobbi Lawlor-White, Chief Financial Officer, Rodd Hotels & Resorts: “As our hotels are busiest during the summer months, it’s important that we’re able to forecast when staff are needed. Optii provides useful data insights that help us to plan for staff shortages ahead of time. In addition, we are also able to onboard staff much faster than before because Optii makes it possible to provide targeted feedback to housekeepers.”

“Training has also been another key benefit of Optii’s technology. We are reliant on seasonal workers, so onboarding staff during busy months is an absolute priority. With Optii we can now see who has cleaned which room, allowing the team to provide targeted feedback to support the training of new housekeepers. We can also use these insights to celebrate staff successes because we can link positive customer feedback to the individual housekeeper that tended the room. This was not previously possible using the pen and paper method.”

“I have always embraced and loved technology as it helps us to make better business decisions. Productivity and efficiencies are notoriously difficult for seasonal hotels but Optii has made a real impact for us. It helps to identify areas that need improvement. Challenges such as labor shortages are not going away so having technology at our hands helps to reassure me that we can make changes today to improve efficiency and help tackle this ongoing challenge.”

“Optii enables us to make smarter decisions that are backed by data-driven insights. For example, we’ve been able to budget and account for labor shortages so that we’re prepared for the busy summer months. When we used to use pen and paper, we’d have to go through every piece of paper including time cards and payroll to figure out the number of hours worked and the number of staff members needed. This was an extremely time-consuming process because of all the manual calculations involved.

The information we get from Optii is much more precise so we can see exactly how long it takes to clean each room and make changes to maximize effectiveness. Optii has made planning for the future and building budgets much more streamlined and straightforward. This has been especially important this year given the challenges around labor shortages across the hospitality industry.”

If you or your team are curious to learn more about Optii, and why we are absolutely best-in-class in housekeeping optimization, please reach out or request a demo. 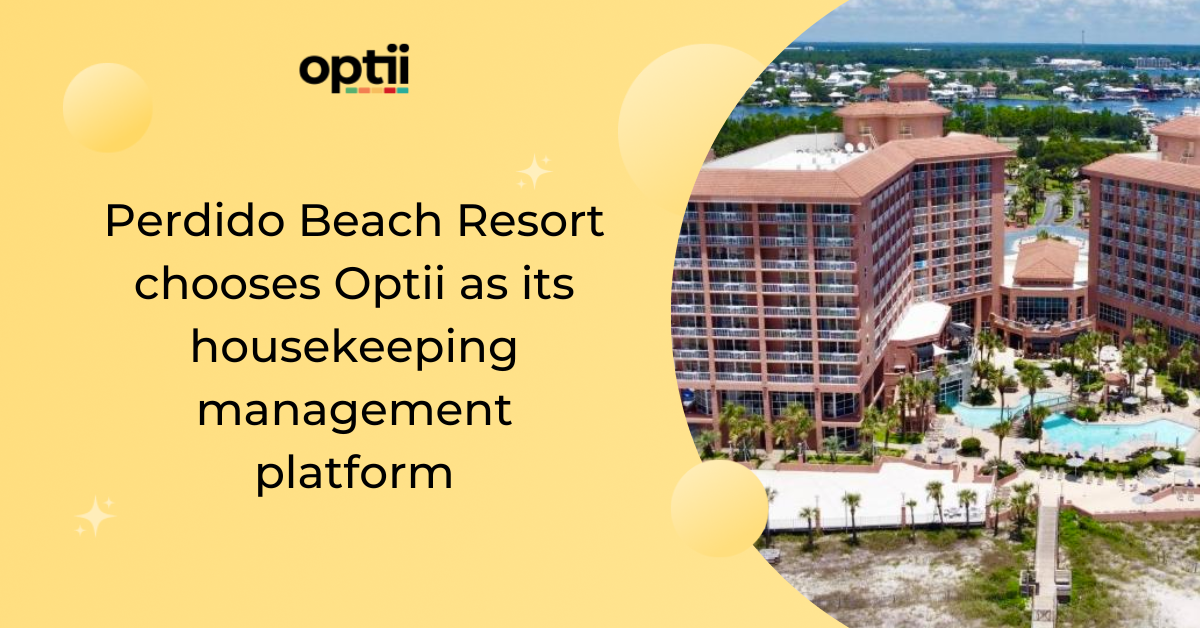