Just steps from the famous Sunset Strip, Montrose West Hollywood is an intimate hotel. Guests can take in the panoramic views of the Los Angeles skyline from the rooftop pool and bar or get together with friends over dinner and drinks at its restaurant and lounge. This city centre hotel is an urban resort in the hills, with luxury apartment-turned hotel interiors, it is the top choice for extended stays, relaxing weekends, or taking care of business.

Before using Optii’s housekeeping technology, Montrose West Hollywood was using the outdated method of a pen, paper, and a clipboard to organize its housekeeping operation and assign rooms to housekeepers manually. Without formal reporting or tracking structures in place, this process was incredibly time-consuming and inefficient - leaving managers and the teams without proper visibility of what rooms each housekeeper was working on at any given point.

Marta Rodriguez, Director of Housekeeping at Montrose West Hollywood said: “I had no transparency of the housekeeping teams’ productivity on a daily basis, meaning there was no way to track progress or time spent, which was essential data to be able to adapt the process to be more efficient.”

Following the hotel’s adoption of Optii in May 2020, Montrose West Hollywood faced the challenge of adapting to the new ordinance in West Hollywood that passed in January 2022. The city council of West Hollywood passed a comprehensive ordinance that brought in legislation to protect the safety and security of hotel workers and improve their working conditions, following reports from hotel housekeeping staff of being assigned overly burdensome workloads and unexpected overtime. The ordinance presented a new challenge as it meant that Montrose West Hollywood needed to update their system with the new requirements as quickly and seamlessly as possible.

By centralizing operations Optii has also provided the hotel managers with unparalleled transparency and visibility over its operation, and they are even able to view the progress that each housekeeper is making and what room they are in, in real-time. It has eliminated ineffective manual communications with intelligent automation, so Montrose can throw away the outdated pen and paper and can rely on Optii’s technology which can be accessed from any device. Each housekeeper is now able to access their room assignments via Optii's mobile app, making the whole process more efficient.

The housekeeping software provides our leadership team with access to detailed reports including statistics such as how long it takes each housekeeper to clean a room, the productivity of each team member, and even each housekeeper’s standards of cleaning. This has enabled the hotel to address areas in which each housekeeper requires additional training to ensure that every member of the team is operating to their full potential.

The team at Montrose West Hollywood has seen great results in the productivity of both room attendants and supervisors with the adoption of Optii. By utilizing the predictive AI to optimize room attendant routes, housekeeping teams are able to work smarter, not harder.

Alongside the challenges of the daily housekeeping operations, Optii was able to help adapt to the new regulations set by West Hollywood’s new ordinance. Optii was able to allocate rooms to each individual housekeepers’ schedule based on square footage, to ensure an even division of workload. Optii also provided us with real-time visibility into the progress of each room attendant, by providing metrics such as square footage cleaned and a breakdown of the number of departure cleans completed on each workday.

Ultimately, the hotel has found that Optii Housekeeping is easy-to-use, providing the team members time back to focus on other areas of their work.

Marta Rodriguez, Director of Housekeeping at Montrose West Hollywood said: “Our experience with Optii has been great, it has provided me with the transparency and efficiency we needed to help increase the productivity of our housekeeping operation. I can now see the progress of my team and support them in areas where they need it. Everything from the roll-out, to the training, to the support staff at Optii has been incredibly user-friendly for myself and my staff and I can’t imagine running our team without it!”

Optii Solutions, headquartered in Austin, TX and with offices in London and Brisbane, is a hotel operations solution that leverages smarter technologies such as artificial intelligence, analytics, messaging, and mobility to improve the efficiency and effectiveness of housekeeping and service delivery departments. Optii operates in real-time and allows hotels to streamline operations, reduce costs and enhance the guest experience in proven and tangible ways, without requiring capital expenditure and complex integrations.

Optii is an MCR portfolio company and is used by hotels around the world including La Cantera Resort & Spa and The Don Cesar in the United States, Okada Manilla Resort & Casino, Doma Hotels, IHG and more. For further information about Optii, please visit: www.optiisolutions.com

Learn why now is the time to switch to intelligent hotel operations technology. 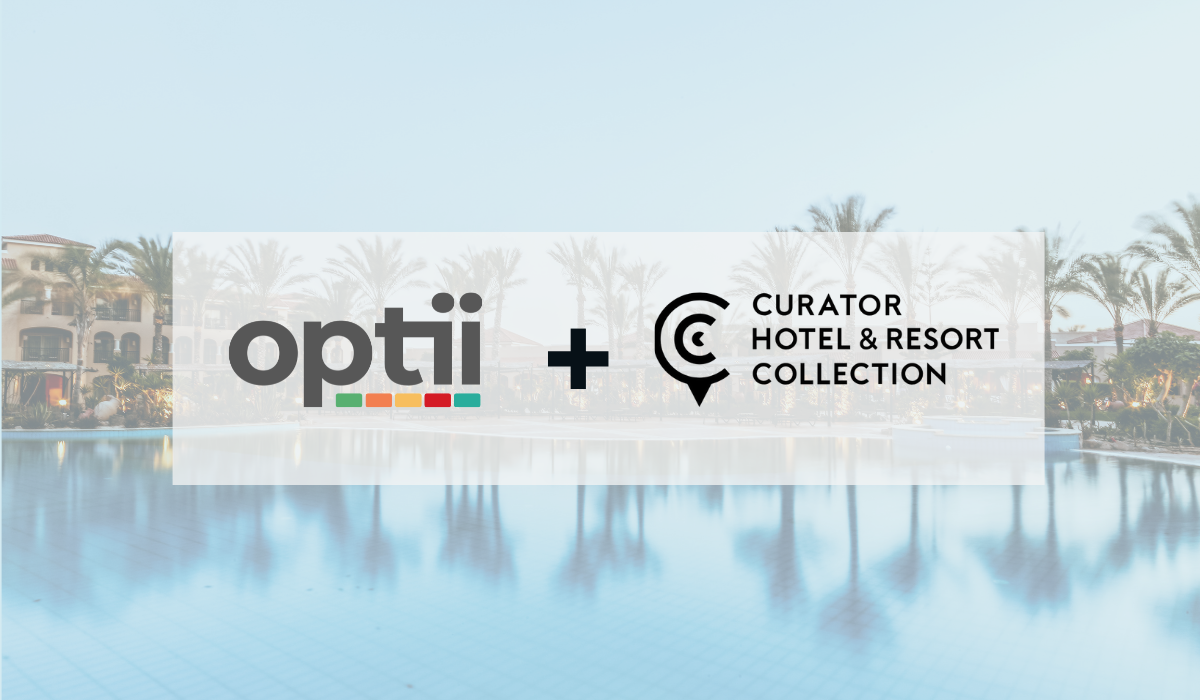